March Focus Is On Mobility And Ticks Are Back Already!

Home » March Focus Is On Mobility And Ticks Are Back Already!

With The Warm Weather –

With the snow melting and grass and weed blades exposed…our beloved pets fall prey to the hungry ticks seeking a bloos host.

If the nice weather continues through March, we will be recommending TICK prevention April 1st and heartworm/parasite/flea prevention to begin May 1st. 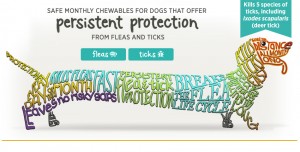 When petting your furry family member and you discover a tick,

Remember to try and move quick,

Ensure you are removing the entire head when you pick,

Then yell good riddance! with a smile and a kick.

Make sure to test your furry friend every year, as in most positive cases there are no clinical signs! 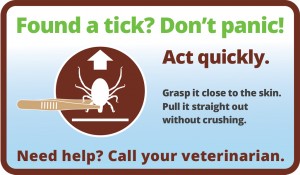 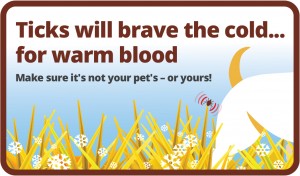 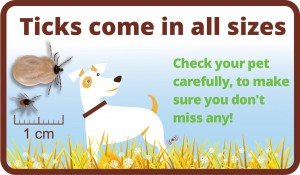 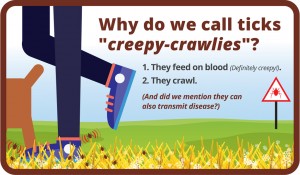 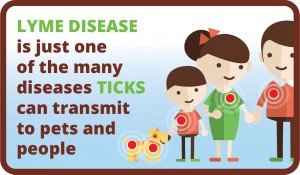 What is Lyme disease? How does my dog get infected? 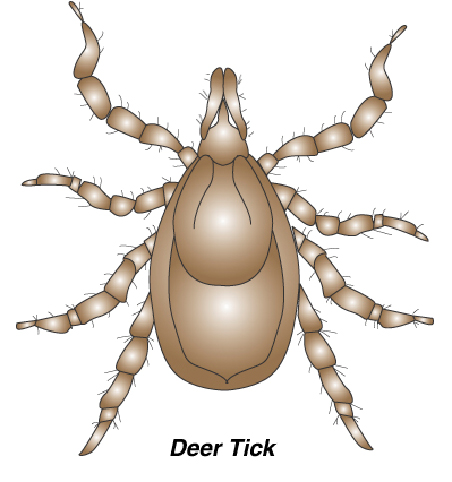 Lyme disease is an infectious disease caused by bacteria called Borrelia. The bacteria are most commonly carried by the deer tick, also called a black-legged tick. Infection occurs when a dog is bitten by an infected tick, although the tick must remain attached to the dog for at least two days before it is able to pass the infection onto the dog. The tick itself becomes infected by feeding on infected mice, birds, deer, and other animals.

Where is Lyme disease found?

In the United States, Lyme disease has been reported in every state, but over 95% of cases are from the Northeastern, Mid-Atlantic, and upper Midwestern states (New England states to Virginia, Wisconsin and Minnesota), with a small number of cases reported along the West Coast, especially Northern California. In Canada, Lyme-positive dogs are found mostly in southern Ontario and southern Manitoba, with a small number of cases in southern Quebec and the Maritime provinces.

Does being outdoors put my dog at greater risk for catching Lyme disease?

Yes. Dogs that spend a lot of time outdoors are more likely to be infected, especially if they visit wooded areas where deer ticks are abundant. The highest risk areas are deciduous (hardwood) forests that have moist sandy or loamy soil and thick vegetation. This includes forested woodlands in the country as well as wooded areas in city parks.

“The risk of infection is greatest in the warmer months of the year.”

The risk of infection is greatest in the warmer months of the year from spring through autumn when ticks are most active.

What should I do if I find a tick on my dog? 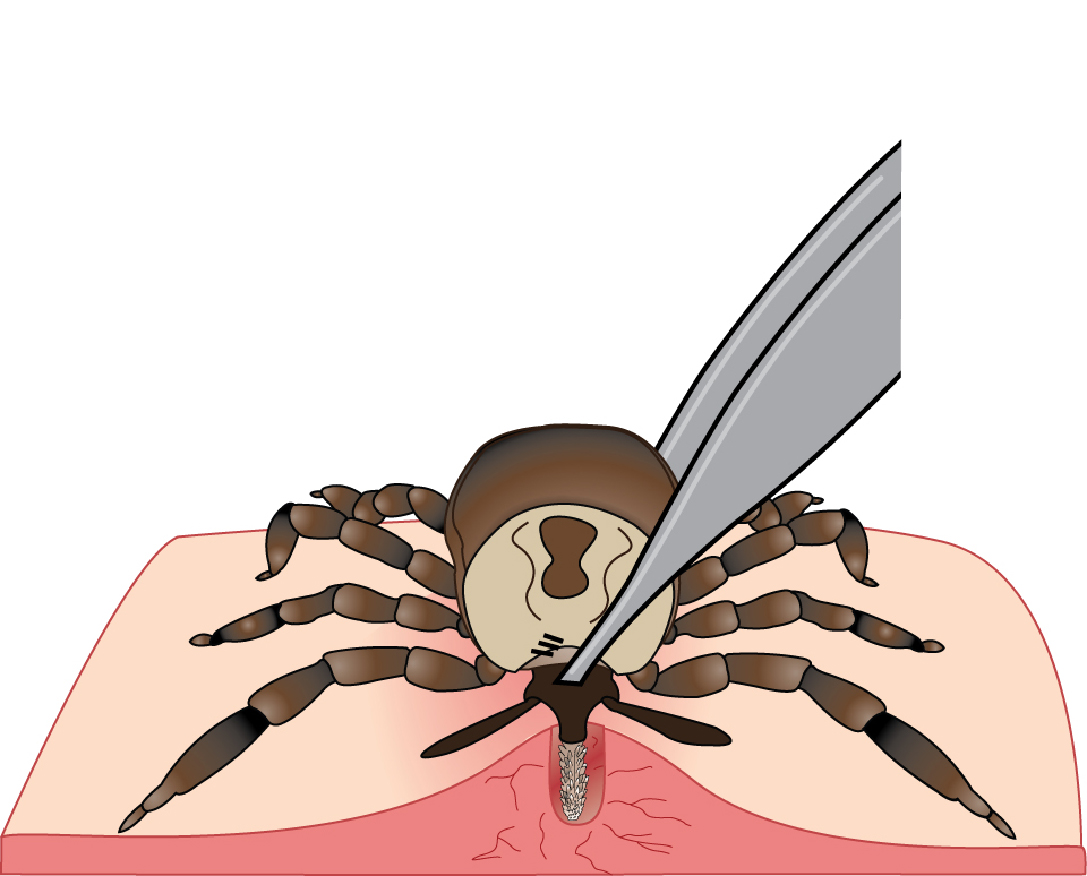 The tick should be removed promptly but carefully so that none of the tick’s mouthparts are left in the dog’s skin. If you are not sure how to do this, then take your dog to a veterinarian to have the tick removed safely. The tick can be sent to the laboratory to see if it is a deer tick, and if it is, then it can also be tested to see if it is infected with Lyme disease. If the tick is an infected deer tick, then the dog should be monitored signs of infection and your veterinarian may recommend antibiotic treatment. Your veterinarian can also advise you about how to protect your dog against further tick bites using tick control products.

Can infection be spread directly from one dog to another dog or from my dog to my family?

What are the signs of Lyme disease?

The most common sign is lameness, but a small percentage of dogs develop severe life-threatening kidney disease. Younger dogs are more likely to show clear signs of illness than mature dogs. In some dogs, the signs may be vague and may not appear for several months after a bite from an infected tick. Many dogs do not show any signs of illness at all. Lameness: Severely infected dogs may show sudden lameness involving one or more joints. Affected joints are swollen and painful, and the lameness may shift from one leg to another. Joint fluid collected from sore joints shows large numbers of inflammatory cells. Other signs include fever, lethargy, poor appetite, and sometimes enlarged lymph nodes. Routine blood tests from infected dogs are not helpful in diagnosing the disease.

“Long-term infection may lead to progressive and permanent damage to the joints.”

For many dogs, the lameness is mild and passes quickly, so pets may not get proper treatment. Although the lameness resolves, the dog remains infected and may continue to experience episodes of lameness that shifts from leg to leg. This long-term infection can lead to progressive and permanent damage to the joints. Kidney failure: A less common but more serious consequence of Lyme disease is sudden kidney failure accompanied by protein loss in the urine. In some dogs, kidney involvement appears at the same time as lameness, but in other dogs it appears 3-6 weeks after an episode of lameness. Dogs with kidney involvement show signs of lethargy, poor appetite, vomiting, and weight loss. Routine laboratory tests on these dogs show abnormalities typical of kidney failure, including protein loss in the urine. 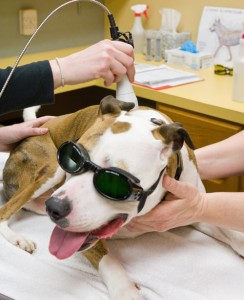 What is Laser Therapy?

How Does Laser Therapy Work?

Light energy enters the damaged cells and stimulates inter-cellular activity. This reduces pain in areas and speeds the recovery of damaged cells. Once the cells have recovered, the healing process is complete.

What Can You Expect From Your Pet During A Treatment?

MLS Laser Therapy is a painless treatment that lasts an average of 3 minutes. Your pet may experience a comfortable sensation at the point of application. 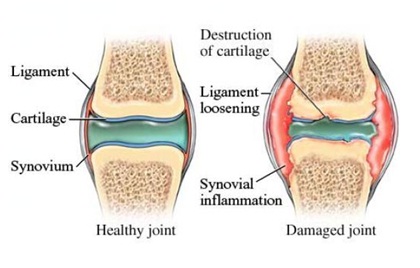 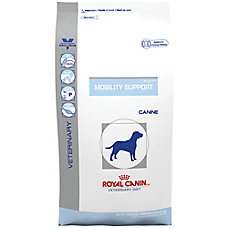 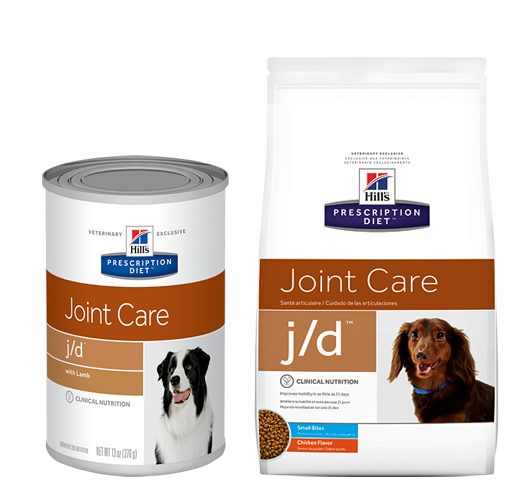 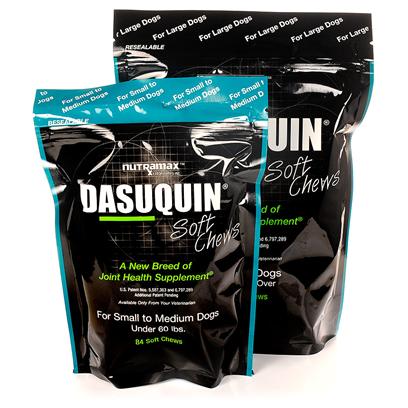 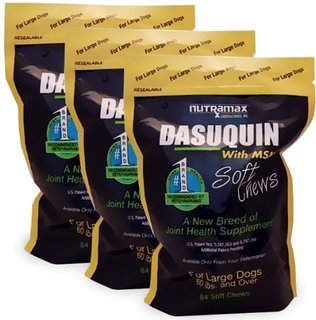 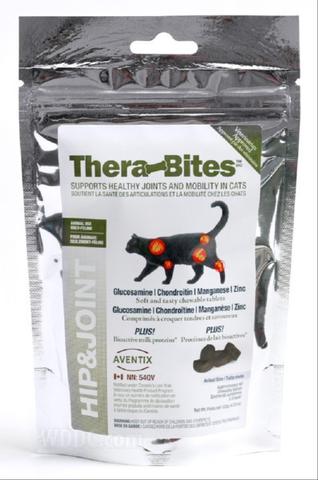 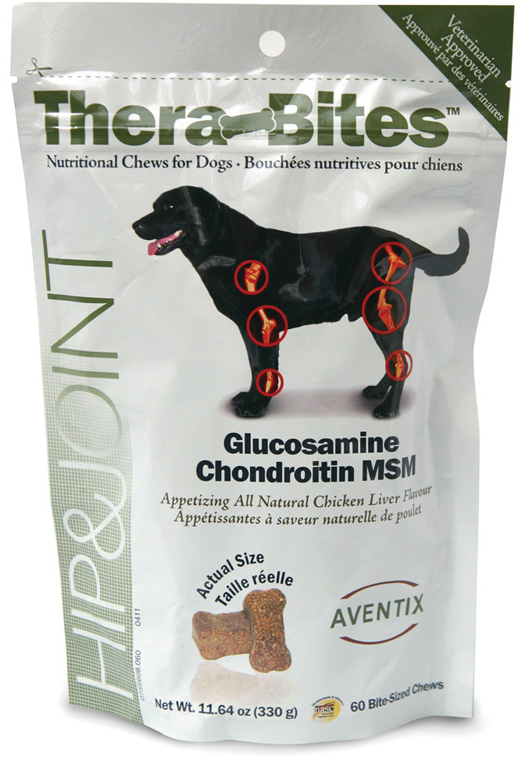 Pet Of The Month 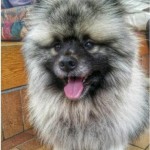 Bella is an adorable, young Keeshond. She has been making regular visits to Smith’s since she was a wee puppy. The last year Bella had been limping intermittently on her forelegs, and they would improve with a bit of rest and pain relief. X-rays were taken of the elbows and it revealed a fairly serious elbow dysplasia, that is likely congenital in nature. Despite the severity of the condition, Bella continued to be an active, energetic and alert dog. Running around and barking at other dogs in the park, playing with her family and being incredibly adorable.
Then Bella developed intermittent diarrhea. It would respond symptomatically to certain antibiotics but then would always come back. At one point she was at an after hours clinic for bloody diarrhea where they found she had low albumin [blood protein]. Low protein levels are either losses in the urine, feces or decreased production by the liver. Diagnostics [urine samples and ultrasound] isolated the problem to the small intestines that suggested an inflammatory bowel disease. Medications and special diets are being employed to try and control her clinical signs.
Bella is still very bright and alert and gives kisses every time she is in clinic. We hope that we are able to garner control of her condition to ensure a happy, comfortable dog. Good Luck Bella!