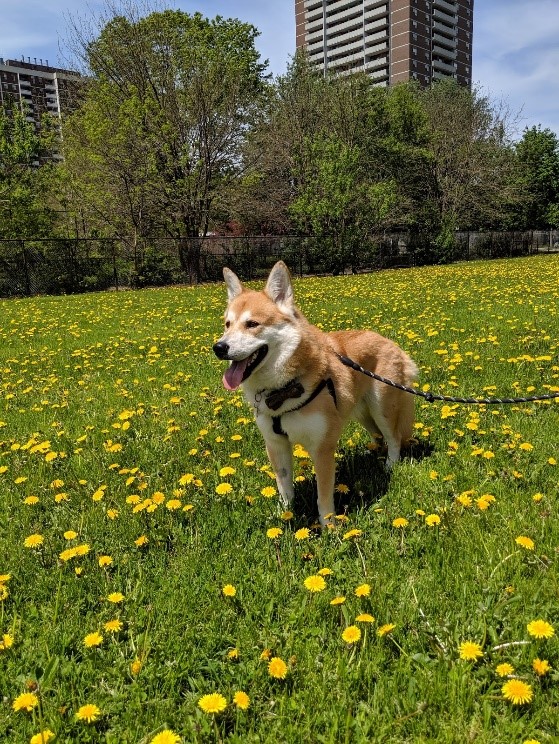 Kobe is a 3-year-old male husky mix who was brought into our clinic this year after being hit by a car. When Kobe arrived at the clinic, he was immediately examined by Dr. Melissa Pinto. It was clear he was in critical condition and needed medical attention. Dr. Pinto could see Kobe was having trouble breathing. After stabilizing Kobe, she performed x-rays of his chest. The x-rays revealed that, due to the impact from being hit, Kobe developed a condition known as pneumothorax.

With pneumothorax, damage to the lung(s) causes air to leak into the space between the lungs and the chest wall. Each time Kobe took a breath, more air leaked into his chest space, making it more and more difficult for his lungs to expand properly. This condition is life-threatening and needs to be treated immediately. Dr. Pinto performed a procedure known as thoracocentesis to remove the excess air from Kobe’s chest. The procedure was a success; here are some before and after photos of Kobe’s chest x-rays: 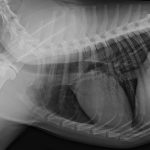 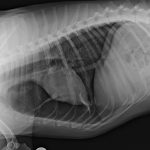 Further x-rays also showed a fracture in Kobe’s tail. Luckily, other than losing the function of his tail, Kobe had no permanent nerve damage from this injury and he was managed with pain medication. He may, however, need his non-functioning tail amputated in the future. We think he’d be just as handsome either way!

While in hospital, Kobe was a very brave patient. He even had a few fans… 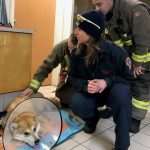 Today, Kobe is doing great and has made a full recovery. Here is a photo of him today! 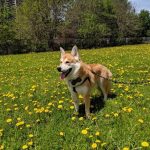 Thanks to Kobe’s family for being such great owners, doing everything they could for Kobe, and allowing us to share his case.

smithvt | Pet of the Month!